Experience Barbados’ natural treasure, Harrison’s Cave. Venture deep beneath the earth’s surface, hear the rushing streams and witness the calm glassy pools as you travel by tram to the early explorers’ entrance and experience some of their adventures.

In 1981, Harrison’s Cave was officially opened to the public. The Boyce Tunnel, named after equipment operator Noel Boyce who broke ground to open the cave’s natural passageways, leads to the entrance of the cave. Beyond this point, Harrison’s Cave is a massive stream cave system that is at least 2.3 kilometres long. Interior temperature is an average 27 degrees Celsius and its largest cavern, the Great Hall measures 15 metres high. Harrison’s Cave is considered an active cave as it carries water, and it is very much alive as its stalagmites are still growing albeit by less than the thickness of a piece of paper each year; but that’s very fast in geological terms! 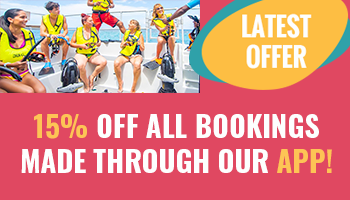